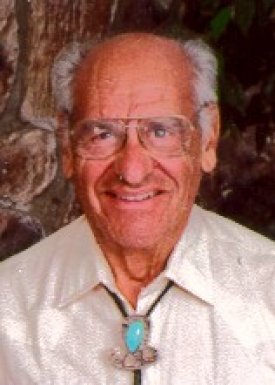 The light of Sam will shine for a long, long time.

In astronomy, the light of a star continues long after that star ceases to shine. As long as even one astronomer can see it, the light of the star will shine for a long, long time as it traverses the universe. In this way the star, long after its source has spent its energy, lives on as one of the many observable starlets and constellations.

Sam has held several generations of starlets on his lap, such as Rubin, who is named after his great grandfather star, as well as Matthew and Thane. Before expending all of his energy, Sam listened, proudly, to his starlets Kim and Debbie announce the future light of two more possibly prominent stars.

And the Light of Sam expands beyond his own immediate starlets, whose influence spans the nation among the fields of economics, engineering, medicine, law, and the movie arts.

Also, Sam was entwined with other constellations. He volunteered for many years as an ambulance paramedic, and volunteered for another many years at Tanglewood as a first-aid attendant. No doubt there were additional lives that he helped save — to continue many other generations of their own.

Yes, the Light of Sam will shine for a long, long time.

In 1950 he and his wife moved their family to Gt. Barrington where they owned and operated a farm on Division St. He worked for a short time with Rising Paper Mill and then as regional salesman for Senak Co. of Springfield.

Besides his loving wife, he leaves his daughter Michelle L. Harwood and her husband Fred of Gt. Barrington; two sons, Ronald D. Linder and his wife Tina of Phoenix, AZ., and Dr. Barry J. Linder and his wife LyeSum of Danville, CA.; three sisters; six grandchildren; and a great-grandson.